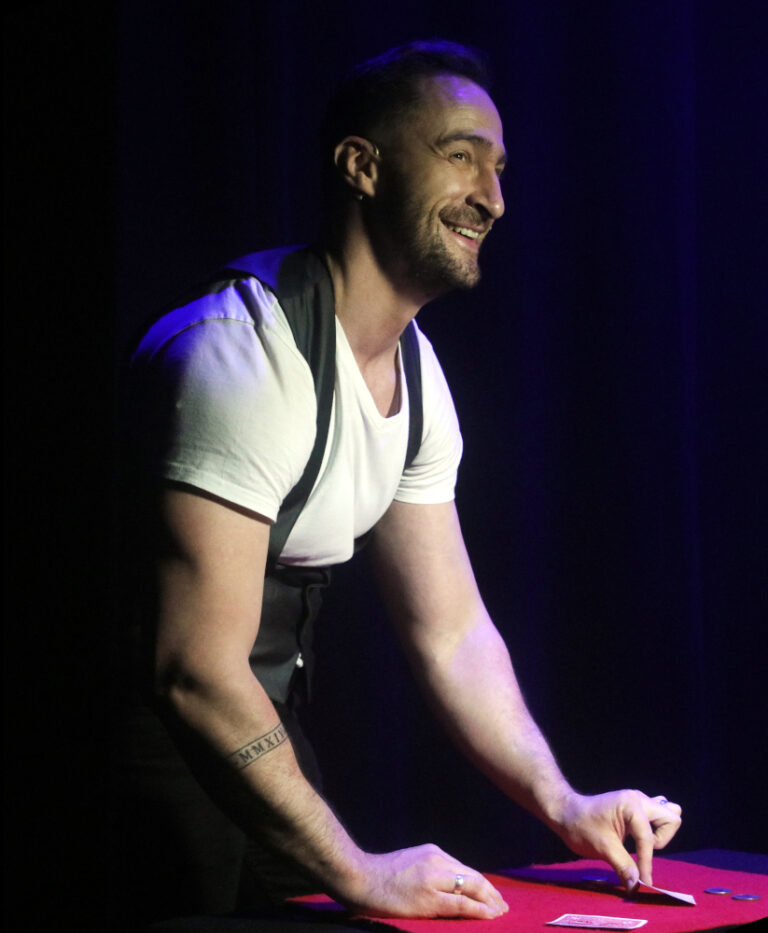 Hey, I’m Matt McGurk. I’m a professional Magician, Illusionist and British Magical Champion. For the past 15 years I’ve made a great living performing all over the world as a professional magician. I’ve worked for television, six star cruise-lines, and performed at thousands of weddings and corporate events worldwide.
I’ve been blessed to win over 10 international’s awards for Excellence in Magic, including the title of British Magician Champion.
I started out performing at corporate events and weddings, but soon progressed to developing an illusion show and performing in theatres and onboard cruise ships. My wife and I spent the past ten years together sharing our magic in over 100 countries. Since then I’ve never looked back.
I’m still actively performing, and  can usually be found working  for Celebrity Cruises performing my one man theatre show.